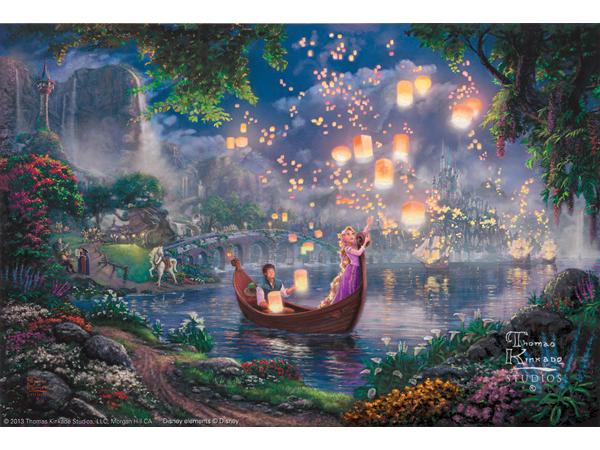 Since this painting depicts a night scene, the illumination of the painting is beautified even more than usual when dimming the lights.

This entry was posted in Disney. Bookmark the permalink.